When Is It Time to Worry About Your Drinking?

In our society, we get a lot of different messages about drinking. It's sociable. It helps us relax. It helps us speak the truth. It's okay if you do it like a gentleman--or, nowadays, like a lady. Traditionally, we were told that unless you were a falling down drunk, alcohol is harmless. Today, we hear some scary messages too. Drinking when you're pregnant can give your baby birth defects. Drinking and driving can kill you and others. There is a disease called alcoholism, and once it starts, you can't stop it. Or can you?

When I started working in the alcohol treatment field, the general public knew almost nothing about the negative effects of alcohol. The fact that the alcohol in one beer or one glass of wine was the same amount as the alcohol in a shot of whiskey was one of our little trade secrets, something we told our clients for its shock value, to drive home the news that switching from "the hard stuff" was not even "cutting back" as they believed.

Now that information, first disseminated to a wide audience by a major liquor company, is common currency. It even appears in safe driving courses. We have seen some of our favorite TV and movie characters not only have drinking problems that get progressively worse but go to rehabs and Alcoholics Anonymous and get sober. Yet most people whose drinking is getting out of control and causing trouble with loved ones, work, or health are still convinced that they don't have a problem--or if they do, the problem is certainly not alcohol. Why?

One big reason there is still debate about whether alcoholism is a disease is the peculiar fact that its hallmark symptom is denial. It's the problem that tells you you don't have a problem. If you're having fights with your spouse or partner, you tell yourself--and him or her--the fight is about how they're nagging you or how many anxieties you have--anything but that you drink too much. Besides, it was only at a party....or on the weekend...or on vacation. You work out three times a week and never miss a day at work. So you can't have a problem. If the doctor asks you how much you're drinking, you minimize: three or four six-packs every weekend or five margaritas become "just a couple now and then." And unfortunately, most doctors won't even ask. Medical schools have been notorious for teaching almost nothing about one of America's biggest health problems. And in the age of managed care, doctors certainly are not looking to add more time-consuming questions to their checkup lists. And if one does persist in probing, in bringing it up every time, in being skeptical instead of accepting what you say at face value--hey, in the age of managed care, you can always change doctors!

One of the ways alcoholism can sneak up on you is through something called relief drinking. It means using drinking to relieve or control your feelings. Maybe it started when you had your first date or went to your first grownup party or prom. You were nervous and it helped you relax. You went to the party and you were mellow. You were able to talk to people easily. You were funny and even witty--or at least you think you were. So next time you were nervous, you did it again. And maybe now, you have a beer or a glass of wine just about every time you're going out or in a situation that makes you anxious.

Or maybe you're someone who gets angry easily or is stressed out a lot of the time. And why not? We live in a stressful world. Most of us live with a lot of pressure at work and even more pressure if we're out of work. And no matter how demanding our jobs are, we also have to juggle the thousands of details that make up the rest of our lives: paying bills, doing laundry, maintaining our relationships, answering our phone messages and email, fixing computer glitches--we all have endless lists. No wonder we need to unwind. And it's not so bad to have a drink to help us unwind.

The catch is that you may like the way it works so well that you do it more and more frequently, until little by little you become dependent on it. And thanks to that tricky symptom, denial, you don't think you're dependent. You just think you keep doing it because it works. The ability to cope with anxiety and stress, as well as feelings of anger, sadness, fear, loneliness, and all the rest, is like the old joke about Carnegie Hall. How do you get there? You practice and you practice! Using alcohol on all your feelings cuts off that process of practicing. Eventually, you don't have the inner resources to deal with feelings at all, so that the slightest discomfort leads you right to a drink.

There's a simple four-question test they use in hospitals and treatment programs. It's called the CAGE, and here's what it asks:

It is believed that 95 percent of those who answer Yes to at least two of those four questions are diagnosable alcoholics. But wait! If you answered Yes, or even Not yet, to only one, you may still be at the beginning of the progressive process that leads to out of control, compulsive drinking that you'll need a lot of help to stop. And if you're a woman, the picture may be a little different. Women in general, for a number of biological reasons, need less alcohol than men to run into trouble. There's a variant on the CAGE called the TWEAK designed specifically for women. The "T, " for example, is for whether you have more than Two drinks on an occasion when you drink. It's not much, but it could be a serious warning sign.

If you're worried--or determined not to worry, but secretly wondering and pushing down some uneasy thoughts and feeling about your drinking--here are a few questions you can ask yourself.


Has anyone--family, friends, colleagues at work--said anything about how I drink or how they've seen me act when I was drinking? Did I go on the defensive?

How much am I really drinking? Is it more than a year ago? Five years ago? (You may want to keep a record. Write down everything you drink, including quantities, how big the drinks are, and over what time period you had them, for several weeks. And be honest.)

Do I have trouble being honest about exactly how much I drink? Am I in the habit of minimizing? Or rationalizing? Do I tend to give reasons for this or that episode of heavy drinking?

What happens when I have uncomfortable feelings? When I'm anxious or depressed or frustrated? Is a drink the best way to feel better? How well can I tolerate feelings I don't like? Has that changed any in the past few months or years? How important is it for me to be able to drink? Do I get angry if someone suggests I might want to drink less or stop for a while? Do I think I can prove I'm not an alcoholic by showing I can drink?

If you don't have an alcohol problem or the potential for one, you will probably realize that the best way to show you're not an alcoholic is not to drink. If you don't have a problem, you don't mind letting it go. Some people are at greater risk of becoming alcoholics than others. Research indicates that there is a genetic component to alcoholism, so if you come from a family of heavy drinkers, you may have a predisposition to develop an alcohol problem. Borderline behavior, such as alcohol abuse when you're a teenager, then stopping for a few years, then beginning to drink more again, may be of more concern if your family history includes alcoholism than if it doesn't.

Another hallmark symptom is blackouts, or times when you can't remember part of what happened while you were drinking. Only half the teenagers who abuse alcohol go on to be alcoholics, but if you ever lost time when you partied, even if it hasn't happened recently, it would be wise to be concerned. Not every alcoholic gets blackouts, but those who get them are probably alcoholics.

If you're past your very early twenties and still partying hard the way you did in college, it might be a good idea to get a professional to make an assessment. If you're on the road to trouble, even if you're just taking the first steps, it's a lot better to find out now and get some help than to keep going until the consequences of your drinking get so bad (losing your family, killing someone with your car--it's happened to people just like you) that it takes all your energy to maintain denial.

Start paying attention. Denial thrives on unconsciousness. Notice what you drink, what the feelings are like beforehand, how you behave when you're drinking, how you feel afterward. What do other people say? Is there a discrepancy between your perception of how you were and the opinion of those around you? (For example, you think you were funny but your spouse or partner thinks you were embarrassing.) How hard is it to let go of minimizing or covering up, rationalizing or excuses?

Ask for help. A professional who understands alcohol and other addictions, in person or online, can evaluate your drinking and assess your potential for a drinking problem. Or you might try an Alcoholics Anonymous meeting. AA is just about everywhere, it's in the phone book, it's free, you don't have to sign up or give your name, and it's still the biggest repository of knowledge about alcoholism, provided with humor and compassion by those who have been there. 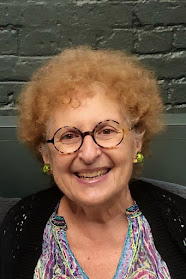